Our 2013 production of A Midsummer Night’s Dream, was streamed on YouTube from Monday 15 June until Sunday 28 June 2020.Missed it? It’s still available to rent or buy on Globe Player all year round.

The original performance took place at the Globe Theatre, London, in summer 2018.
An enchanted forest charms a disenchanted court. In Athens a daughter’s disobedience forces two lovers to flee to the woods, pursued by the two lovers they rejected. In the woods, amateur actors rehearse a play, while the king of fairies plays tricks and captivates the night. A mischievous Puck with the magical juice of a flower helps love lose its way while the fairy queen falls for an ass; the king and queen of the fairies reconcile; the lovers find each other, return to court and marriage celebrations end in a theatrical dream.

Shakespeare put some of his most dazzling dramatic poetry at the service of this teasing, glittering, hilarious and amazingly inventive play, whose seriousness is only fleetingly glimpsed beneath its dreamlike surface.

Still available to rent or buy on Globe Player

With so many of our activities still on hold, we need you more than ever to help secure our future.

Please donate any amount, small or large, or join our community as a Member. 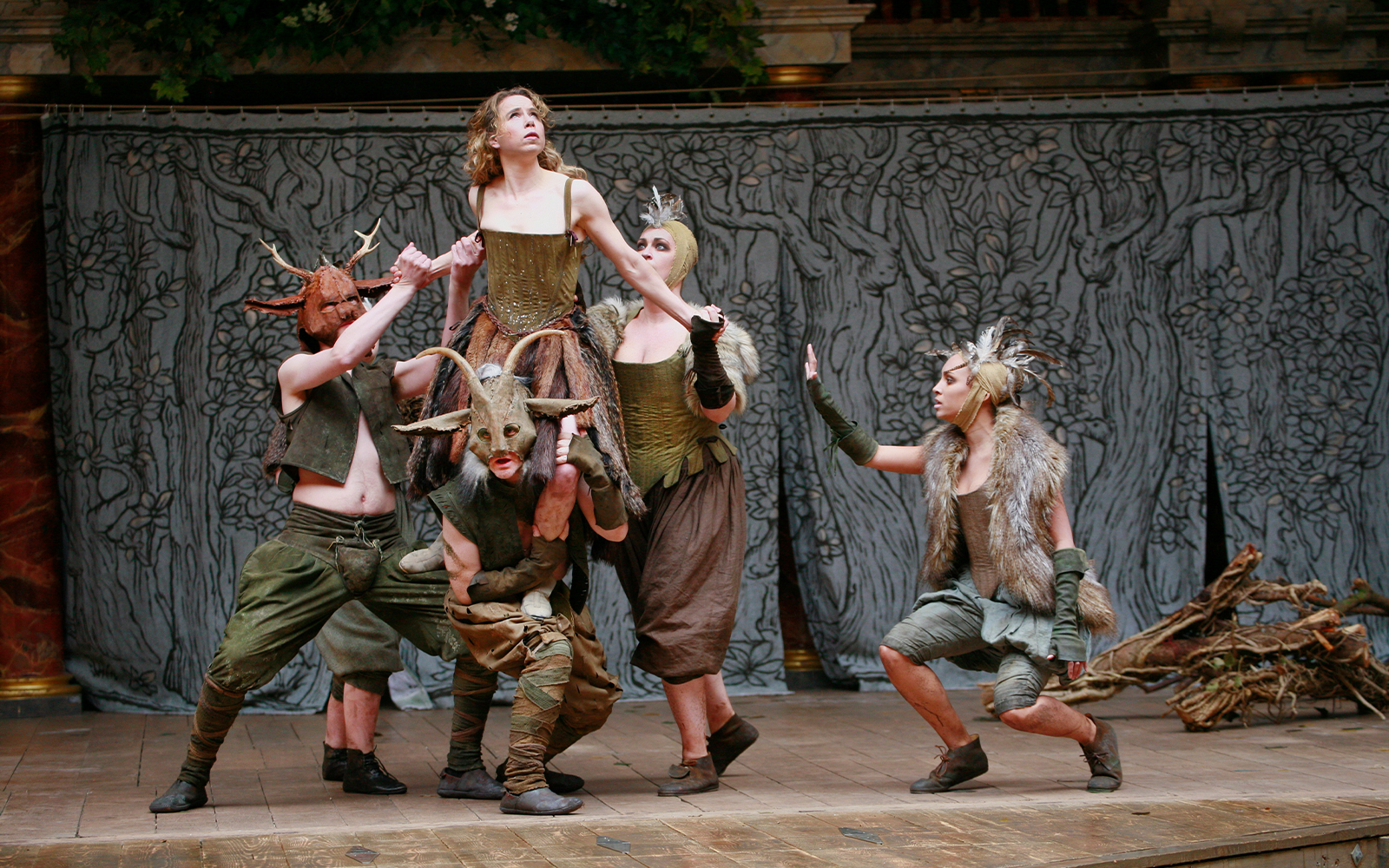 'Past the wit of man to say what dream it was'

'This green plot shall be our stage'

Once the YouTube Premieres of these titles, including A Midsummer Night’s Dream, come to an end, the productions will still be available to watch via Globe Player for a small fee.

We need your support more than ever before

Stream productions from the comfort of your home