The Merry Wives of Windsor

Double-meanings, disguises and dirty laundry abound as Sir John Falstaff sets about improving his financial situation by wooing Mistress Page and Mistress Ford. But the ‘Merry Wives’ quickly cotton on to his tricks and decide to have a bit of fun of their own at Falstaff’s expense…

The Merry Wives of Windsor is the only comedy that Shakespeare set in his native land. Drawing influences from British 1930s fashion, music and dance, the production will celebrate women, the power and beauty of nature, and with its witty mix of verbal and physical humour, it rejoices in a tradition that reaches right down to the contemporary English sitcom. The Windsor Locals appear courtesy of Soldiers’ Arts Academy, London Bubble and Clean Break.

Let’s go dress him like the witch of Brentford

THE MERRY WIVES OF WINDSOR : TRAILER 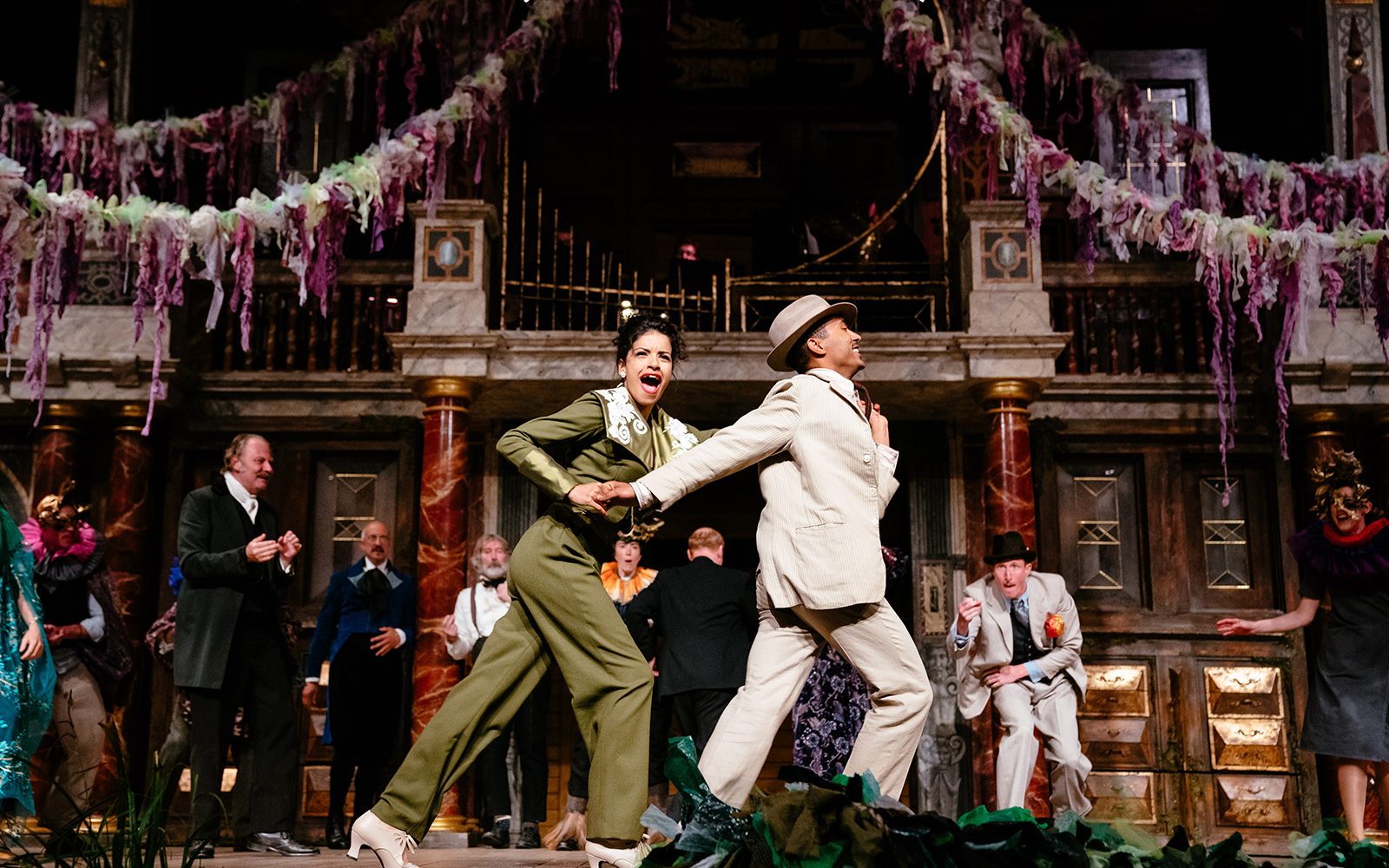 We have collaborated with local arts organisations London Bubble, Clean Break and the Soldiers’ Arts Academy for The Merry Wives of Windsor. Collaborating with these groups has introduced us anew to creative local people with a wealth of similarly imaginative stories to tell. They have created characters informed by lived experiences and offering perspectives shaped by unique circumstances. This is an opportunity to break open assumptions around who Shakespeare is for, and how he is performed, by sharing his words with people who have something to say, but don’t always get given the chance.