THIS EVENT HAS PASSED

Relive Peace One Day — watch the live-stream from Words of Peace and two panel discussions below.

Take a Stand: Say No to Sexism and Harassment.

Peace One Day is celebrating its 20th anniversary at Shakespeare’s Globe on Peace Day, Saturday 21 September 2019.

Peace One Day are proud to announce that composer, singer-songwriter, actor, author and activist Sting will be joining to headline the line-up at Shakespeare’s Globe on Peace Day 21 September.

Throughout his career, Sting as a solo musician and a member of The Police, has sold over 100 million records.  He has also received 17 Grammy awards, 3 Brit Awards, A Golden Globe, An Emmy, A BMI award, an Ivor Novello and was inducted into the Rock and Roll Hall Of Fame.

Our celebration will also feature performances from Emeli Sandé, Jack Savoretti, Basement Jaxx, Will Young and Citizens of the World Choir. The BFG (played by Mark Rylance) will also make an appearance. Other performances include Dance For Peace, choreographed by Emmy-nominated choreographer Jamie Neale with dancers from Jasmin Vardimon and Hofesh Shechter Companies with more surprises on the day.

Join us for this inspirational and thought-provoking event, celebrating the 20th Anniversary of Peace One Day, and support us to take the message of Peace Day 21 September to the people of the world.

Peace One Day ambassadors and key peace advocates will come together for discussions tackling issues including domestic abuse, sexual violence and cyber violence.

Hosted and directed by Mark Rylance. He and other guest actors including Jude Law, Juliet Rylance, André Holland, Emily Watson and Joely Richardson will be speaking great dramatic or historical words of peace, speeches that have inspired change and action.

The two panel events in the Sam Wanamaker Playhouse are not open to the public, but will be live-streamed to the world, alongside the Evening Celebration and Words of Peace. Scroll to watch the live video links on Peace Day, 21 September 2019.

Southwark residents can purchase £5 tickets in person from the Shakespeare’s Globe Box Office from Saturday 10 August at 10.00AM. Learn more

Please note all Artists are subject to change.

Read the full FAQs for Peace One Day here

Twenty years after it was launched here, Peace One Day will be returning to the Globe on Peace Day, Saturday 21 September 2019, for a day of celebrations which will culminate in a one-off performance on the Globe stage featuring musical performances, dance and inspirational speakers.

Throughout the day, the Sam Wanamaker Playhouse will also host discussions tackling issues including Domestic Abuse, Sexual Violence and Cyber Violence followed by Words of Peace, a special performance where a handful of the world’s leading actors will read history’s finest speeches on peace.

The evening celebration in the Globe Theatre will include performances by Emeli Sandé, Jack Savoretti, Basement Jaxx, Will Young and Citizens of the World Choir with more artists to be announced. There will also be a special performance choreographed by Emmy-nominated choreographer Jamie Neale with dancers from Jasmin Vardimon Company and Hofesh Shechter Company.

How can I get involved?

All events throughout the day (including the evening performance) will be live-streamed – details of how to watch will be made available nearer the time.

A very limited number of £5 tickets will also be available to Southwark residents in person only from Saturday 10 August, 10.00am. Learn more

How many tickets can I purchase?

Due to expected high demand, there is a limit of 2 tickets per purchaser.

Didn’t find the answer you were looking for?

Read our full FAQs for Peace One Day

Read our full Terms & Conditions for Peace One Day

20 YEARS OF PEACE ONE DAY 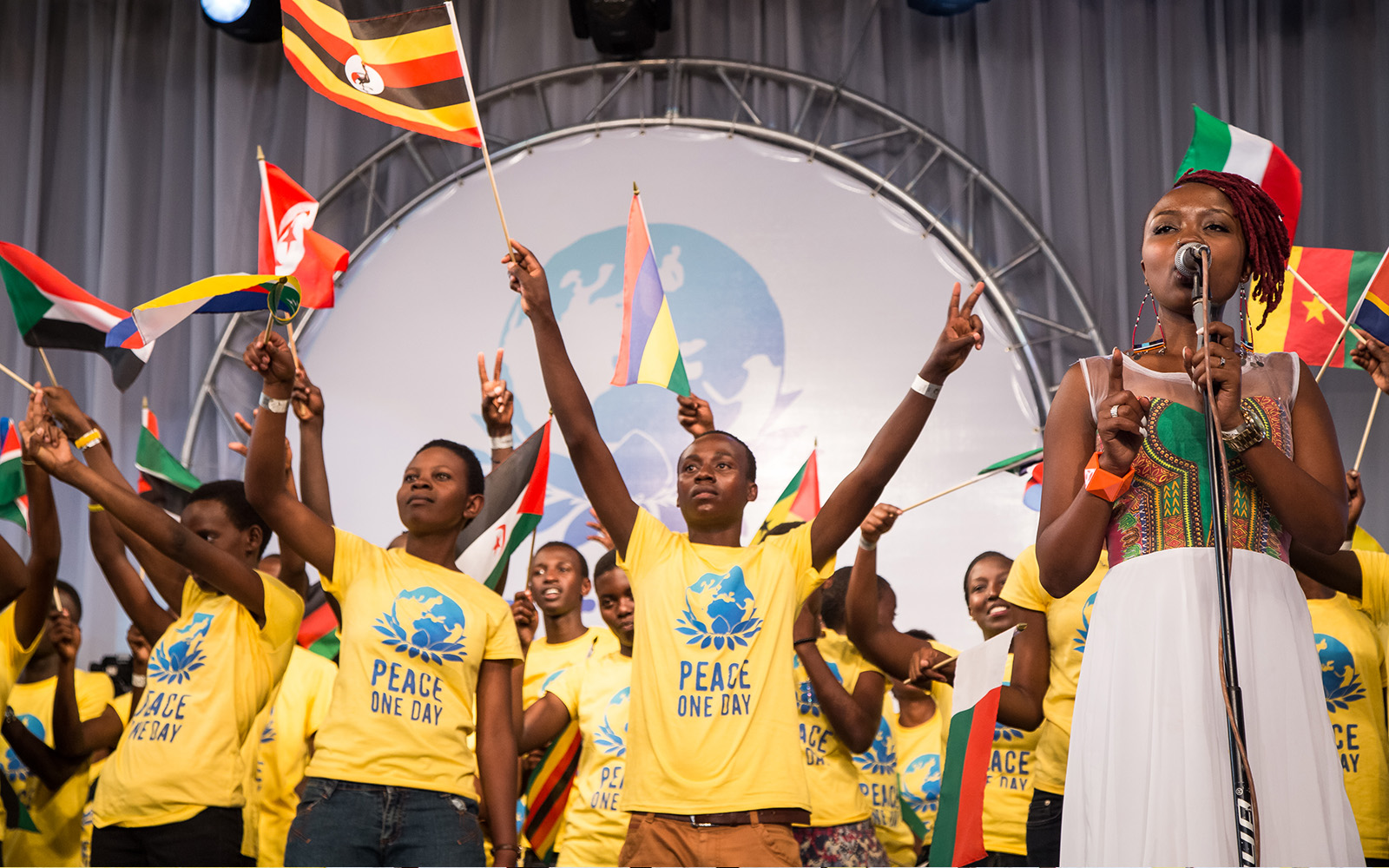 ABOUT PEACE ONE DAY

Jeremy Gilley founded Peace One Day in 1999 to establish an annual Peace Day with a fixed calendar date and document the process. In 2001 Peace One Day’s efforts were rewarded when the member states of the United Nations unanimously adopted the first ever annual day of global ceasefire and non- violence on 21 September – Peace Day. Peace One Day’s overarching objective is to ensure that people are aware of the day and actively take part in peaceful activities.

Reports supported by McKinsey & Co. would indicate that over a billion people are now aware of the day, with an estimated 16 million people behaving more peacefully on the day as a result.