Sold Out
Sold Out

Please note that this production has now closed.

King Edward recalls his lover, Gaveston, from banishment and sets in motion a chain of events that will culminate in some of the most shocking scenes in all of early modern theatre.

Threatened by the preferment shown to the ‘upstart’ Gaveston, and exasperated by Edward’s neglect of matters of state, the king’s nobles join forces with Queen Isabella and the clergy to plot the downfall of Edward’s circle of flatterers, and ultimately of the king himself.

Edward II is a play about homosexuality, the abuse of power and a quarrelling court. Filled with song and poetry and heart and guts, it is a violent, sumptuous and altogether thrilling ride, set in the period of Edward’s rule, but with a contemporary edge. Ten actors and three musicians will take on this incredibly visceral story in the candlelit beauty of the Sam Wanamaker Playhouse.

But what are kings, when regiment is gone,
but perfect shadows in a sunshine day?

Please note: this production will feature moments of full male nudity and violence. 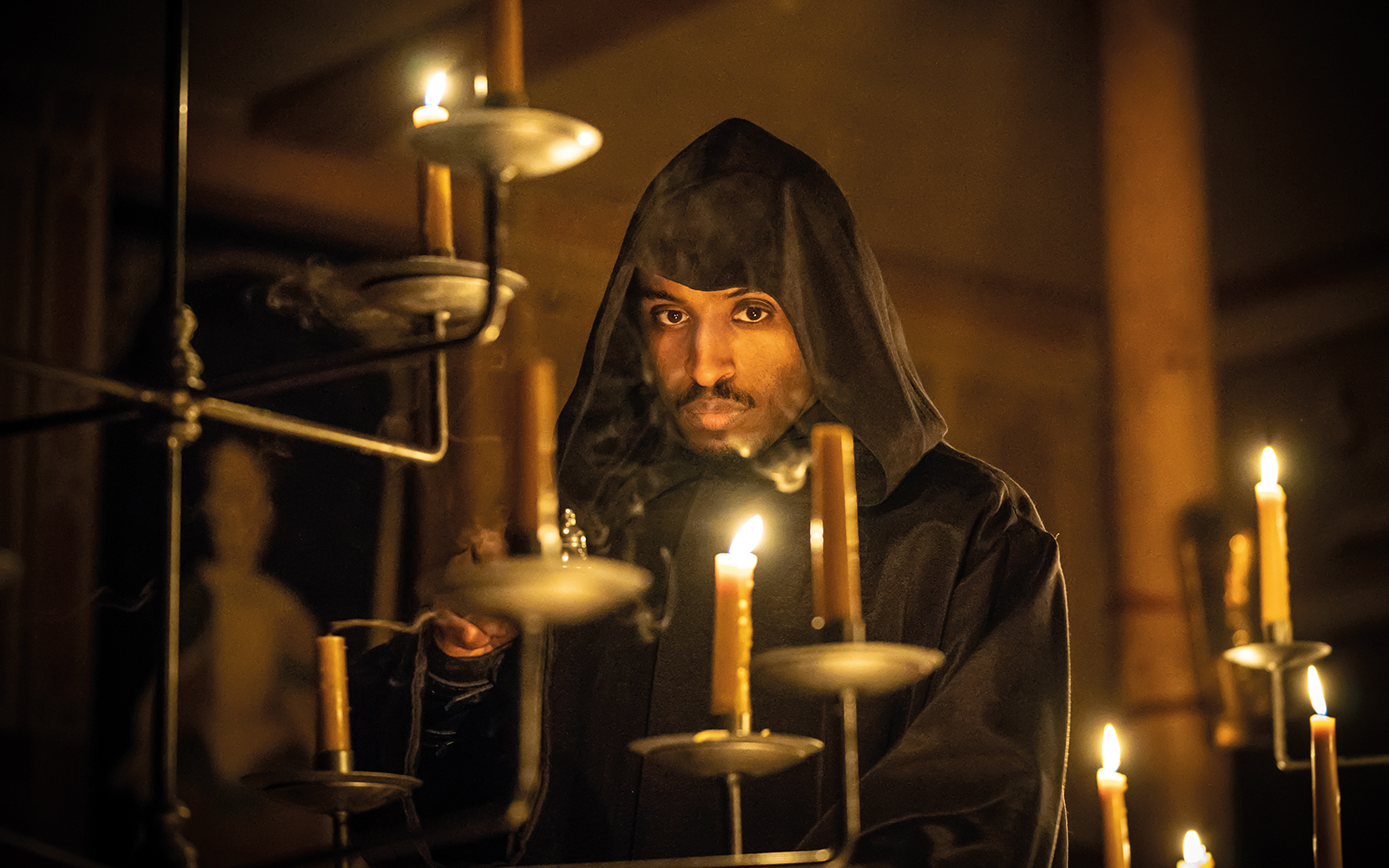 ‘A highly involving watch which gallops along at the right pace’

‘Essential to anyone with an interest in queer history’

‘an engaging and utterly watchable show’

20 - 30 October
Globe Theatre
Our raucous 2019 production returns to welcome you back to our wooden 'O' with piñatas, streamers and heaps of glitter.
Summer 2021
Midnight Matinées
Book Now Discover more